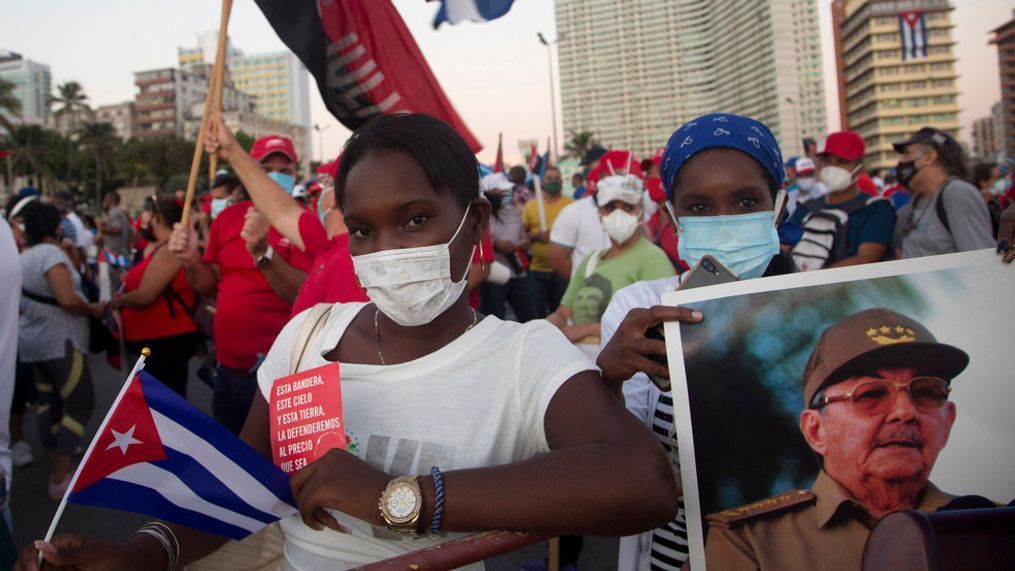 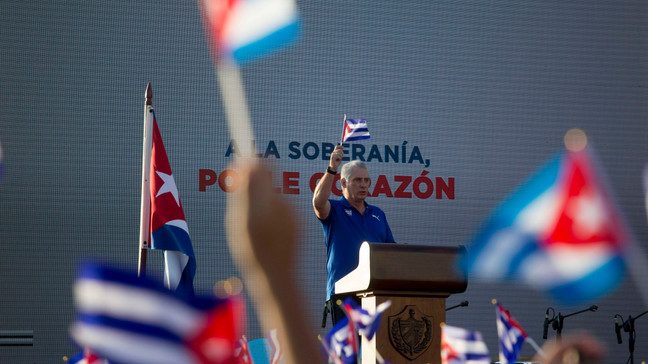 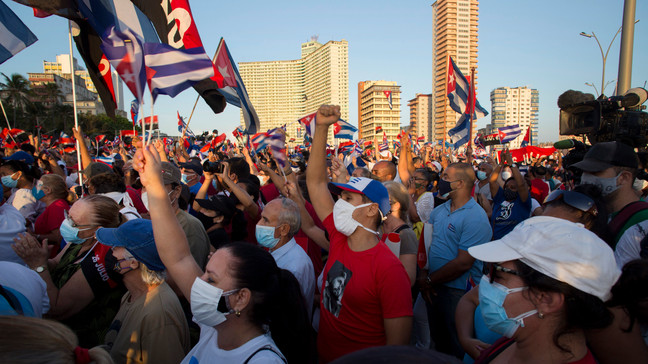 People attend a cultural-political event on the seaside Malecon Avenue with thousands of people in a show of support for the Cuban revolution six days after the uprising of anti-government protesters across the island, in Havana, Cuba, Saturday, July 17, 2021. (AP Photo/Ismael Francisco)

WASHINGTON (SBG) – The national Black Lives Matter organization says the United States is responsible for the hardships faced by the people of Cuba, claiming the American embargo is to blame for the struggles Cubans have faced under decades of communist rule.

In a statement released Wednesday, Black Lives Matter told its 4.5 million Instagram followers that the United States has used embargos to punish the people of Cuba because the communist state has maintained a «commitment to sovereignty and self-determination.»

The comment comes as Cubans continue protesting their government’s longstanding oppression and human rights violations, with demonstrators in the Cuban capital city of Havana waving American flags to show their desire to push Cuba toward democracy.

This is not the first time BLM has taken a sympathetic stance toward Cuban communism. The group tweeted «Rest in Power» following the death of Cuban dictator Fidel Castro in 2016. BLM would go on to claim the group learned «lessons» from Castro.

Concerns over Marxism in Black Lives Matter have been swirling since 2015, when BLM co-founder Alicia Garza identified herself and BLM leadership as «trained Marxists.»

When the protests initially broke out, the Biden state department inaccurately claimed the demonstrations were based on «concern about rising COVID cases/deaths & medicine shortages.» Since then, Republicans and some Florida Democrats have aligned in their anti-communist messaging on Cuba.

Manny Diaz, the chairman of the Florida Democratic Party, lambasted the Cuban government in a statement released earlier this week, accusing the regime of hanging onto «a failed and cruel economic and political model.» Diaz was born in Havana.

Several Republican lawmakers have echoed that sentiment, with many adding concerns about BLM’s response to the Cuban demonstrations.

Similar to BLM, Democratic Congresswoman Alexandria Ocasio-Cortez also pointed toward the American embargo as a reason for the problems in Cuba, calling it a «U.S. contribution to Cuban suffering.» Ocasio-Cortez also condemned the «anti-democratic» actions of the Cuban government.

Bishop Angel Nuñez, a Baltimore-area faith leader who has traveled to Cuba several times, is called on the Biden administration to be even more aggressive in its condemnation of the Cuban government.

«We need the president to speak out, and speak out more forcefully. We have people keep on injecting the idea that socialism can work. It will not work. It does not work,» Nuñez told Fox45 News in Baltimore.